You are here: Home1 / Torrevieja to Murcia

The advantage of a gradual reduction in construction density is offset by the distance to the airport.

La Zenia has also become a new centre of commercial activity, mainly due to a large new mall which was built. It now concentrates a variety of commercial and shopping options. 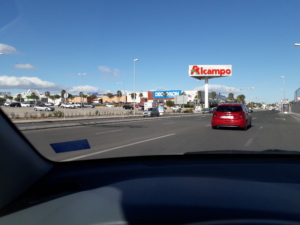 The La Zenia area has caught the imagination of primarily Scandinavian and British buyers who want access to a large mall, stores and a beach. Extending inland is Villamartin, where attractive modern condominiums (albeit completely isolated) are plentiful. This is also a cookie-cutter territory.

Mil Palmeras is an area where modern build townhouses and small villas, have sprung up.

Campoamor is characterised by a large sandy beach and inland. Also by new developments of large, modern villas. 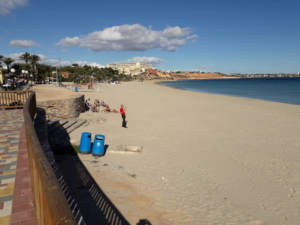 A number of other, smaller locations along this coastline include Punta Prima, Cabo Roig and Los Alcázeres. These are actually already on the Costa Calida (Murcia). The latter has the advantage of easy access to Murcia airport which, while having less flights than Alicante, will save over an hour and a half in travel time after arrival.